Don’t make your users be too clever

What’s charming at home isn’t charming for your users

One of the distinct pleasures of living in an old house is seeing all of the solutions that the previous owners came up with for various problems that just come built-in with a structure that is over 100 years old. 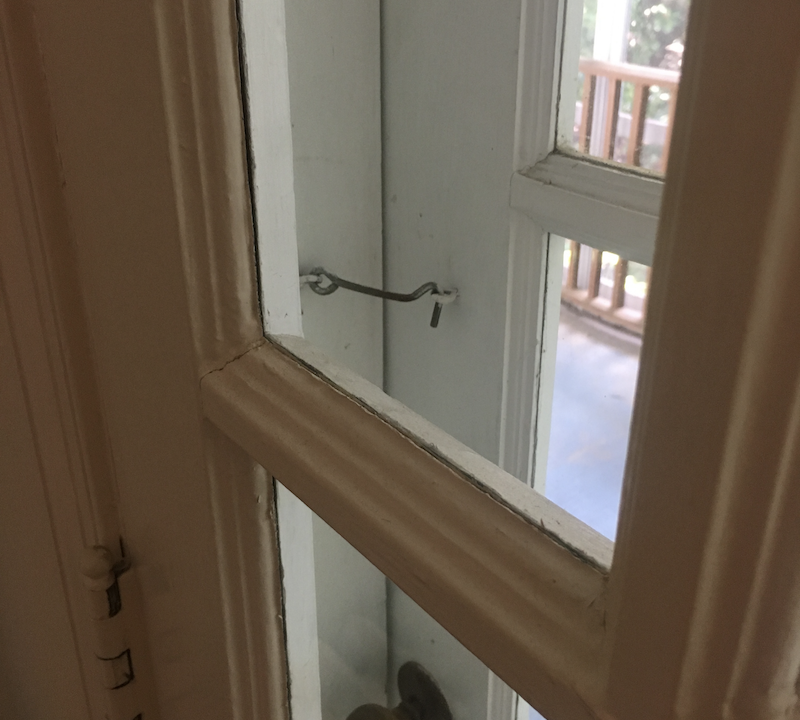 It didn’t take long to figure out.

There are two doors that lead from my home office out onto the attached porch. The inner door has a secure lock with a key, and the outer door doesn’t. All it has is a hook, on the inside. Clearly that’s not there for security, so why is it there?

I only had to try and close both doors one time before I was able to figure it out. The inner door is just a little too small for the frame that it’s in, so you have to kind of jam it shut. Jamming it shut blows open the outer door, which is barely secured by it’s very, very old doorknob.

The result of all of this is that to close the doors, you have to:

Today after doing this for the N,000th time, it occurred to me that while this is kind of “charming” in the context of your home, these kinds of solutions are terribly frustrating in software.

How many times have you had to invent that hook for the outer door just to get done what you wanted to get done with a piece of software? For me, it has been plenty of times. Too many to count. This kind of frustration, in the context of a product that people use to get their work done, can often kill any chances you’ve got at gaining fans and loyal users.

When you’re working on software that other people will consume — whether it’s the front end of a product, or a backend library, or anything in-between, put yourself in your user’s shoes. You’ll likely see some hooks pop up in there from time to time, and it’s your job to eradicate them.

How? Talk to your users. Do user testing. Send surveys. Respond. Listen to the people who live in your house — and make sure to shave down doors instead of handing out hooks.